There was a lot of SYCL activity during SuperComputing 2019, and if you missed it, we also provided a sneak preview of a project we have been working on to enable Nvidia® hardware support for SYCL developers.

We are excited to announce that in 2020 we will be releasing a project that brings full support for Nvidia devices to SYCL developers. This project will be fully open source and , however During this project our engineers have been working in conjunction with Intel's engineers to implement a back-end for SYCL that on Nvidia GPUs. 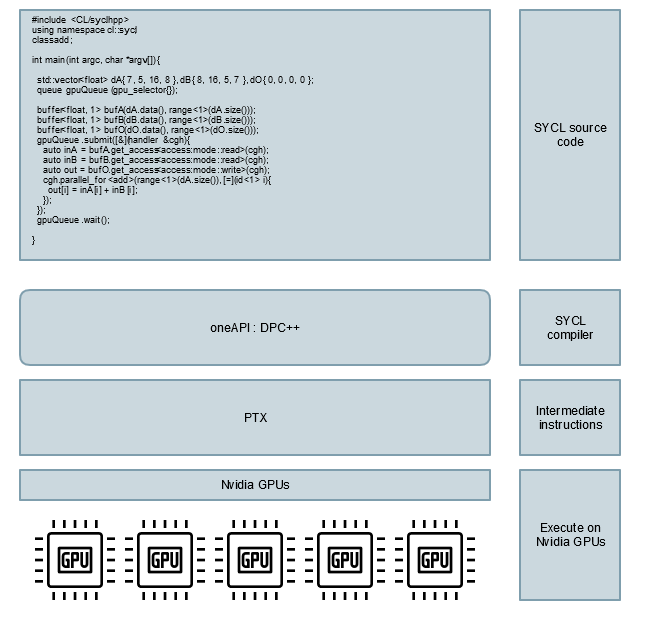 Codeplay will be releasing this as an open source module during H1 2020, and in the future the intention is to upstream this effort to the open source Clang LLVM project, which would make it fully integrated into the Clang toolchain.

Sign up to our newsletter to be the first to find out when this project is available.