Codeplay are pleased to announce that Neil Henning will be giving his talk 'Adapting Languages for Parallel Processing on GPUs' at the AMD Developer Summit 2013. Drawing on Neil's experience of developing compute runtimes for CPUs, GPUs, accelerator cores and DSPs, the talk will map out the foundations for porting your own languages to GPUs. We look forward to seeing you at the conference! 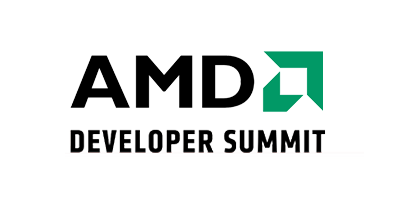 Abstract; As the platforms upon which languages are built mature, and are standardised, the acceleration of a wider variety of languages on GPUs becomes possible. This talk will take developers through the available options to enable them to produce their own languages on heterogeneous platforms.

Languages need to be adapted to be usable on heterogeneous hardware. Parallelism has to be added to the language, but more problematic is how to manage data. How features of the hardware are exposed to a developer, while ensuring a simple and understandable language is developed, is a difficult balance.

Languages are nothing without the tools to support them. This talk will also discuss how to develop custom tools like debuggers and profilers for heterogeneous hardware.

The topics covered will provide an initial foray into the tools currently on the market, a starting point for developers who are keen to have their own custom languages supported on heterogeneous hardware, and a look forward to what can be expected from this area in the coming years.